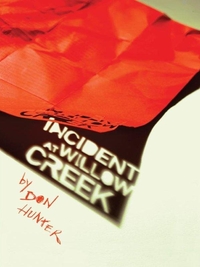 After her mother's death, Liz Thomas inherits the key to a bank lockbox containing the official government documents of Camp 10, a prisoner-of-war camp located in the sleepy town of Willow Creek, AB during World War II. As Liz desperately attempts to piece together reports on a life she never knew her mother had, she discovers a family secret so tragic that it was kept under lock-and-key for over sixty years of Canadian history.

Don Hunter emigrated from the UK to Canada in 1961, where he earned a B.Ed from the University of British Columbia. In 1969 he joined The Province, a daily newspaper in Vancouver, as a theatre critic, reporter, editor, and eventually as a writer for the up-front opinion column “Out and About.” A personal memoir of his teaching experiences in northern BC led to a CBC television movie and a subsequent miniseries drama in 1989. That same year, his collection of short stories, Spinner’s Inlet, was shortlisted for the Stephen Leacock Prize.Hunter currently lives in Langley, BC with his wife, June. They are the parents of two daughters, Susan and Taryn.