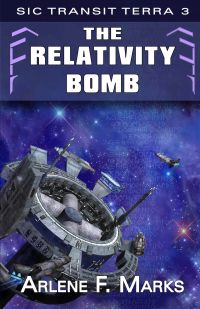 Earth’s ancient past is coming home to roost...

Earth’s ancient past is coming home to roost, and it’s making Barry Novak, the Chief of Operations of the Earth Intelligence Service, very nervous.

First, a document written in an alien language surfaces at an archaeological site on Earth.

Then, a Stragori defector approaches Novak, offering another old document in exchange for sanctuary. This one was stolen from the alien’s home world. Once decoded, the document’s contents are mind-blowing.

Finally, an old enemy switches sides, bringing with him information that fills in the gaps and, if true, could rewrite the very definition of Humanity.

Earth isn’t yet ready to learn these truths. Making them public would cause worldwide xenophobia. So, Novak does the only thing he can think of. He sends them as far away as he can—to Daisy Hub.

In this eagerly awaited sequel to The Genius Asylum, long buried secrets arrive aboard the space station, carried by a mysterious one-eyed man who calls himself Max Karlov and claims to have been assigned there. But there are things happening on Daisy Hub that need to be kept “in the family”, and too many unanswered questions about this new crew member. Determined to unravel Karlov’s story, Townsend and his crew of maverick geniuses start digging for the truth. What they discover will shake them to their core.

Born and raised in Toronto, Arlene F. Marks found her muse at the age of 6 and has been writing and sharing her stories ever since. Her work has appeared in H.P. Lovecraft’s Magazine of Horror and has been published by Daily Science Fiction. Her first science fantasy novel, The Accidental God, was nominated for the 2015 Stephen Leacock Medal for Humour. Arlene lives with her husband on Nottawasaga Bay but spends an inordinate amount of time in the Sic Transit Terra universe.